Future of GOLD is glittering???

Just thought of sharing some interesting facts about gold today.

There is roughly 7000 years (beginning of civilization) of history of gold.

We all seek permanency and gold comes near to that.

Gold does not get corroded or rusted. It is not soluble in any acid. It is very difficult to demolish.

Most of the gold digged from time immemorial is still in circulation.

So we may even be using the some of the gold (recycled) that was used in the times of Rama, Krishna, Buddha and Jesus.

It is very soft that you can beat the gold down so thin that sunrays can shine through it.

The quantity of steel poured in an hour in our planet is more than what has been poured for gold since the civilization. That is how limited the availability of the gold is.

It is estimated that total gold available (in circulation and storage) in the world is 1,65,000 tonnes.

Since I cannot not talk about equity, the entire fund management industry in the country only manages Rs.6 lakh crore worth of equity assets.

Indian government owns only around 550 tonnes of gold.

No one knows how much gold the Indian temples have.

Tirupathi is estimated to have gold worth Rs.90,000 crores. Around 4000 kgs of gold is offered annually by his devotees to Lord Balaji. Interestingly as per legend, Balaji borrowed from Kubera 1.14 crore coins of gold for his marriage. Marriages have always been expensive in this country. By any standard, Balaji’s wedding with Padmavathi is the most expensive marriage that has ever happened so far in our world.

Till few years ago, we never knew Lord Padmanabha is so rich. Is that why he is very relaxed (ananda sayanam)? The very conservative estimate suggests that the value of gold in his abode is around Rs.4 lakh crore.

Reading various estimates and guesstimates looks like we (including deities) may have even 30,000+ tonnes of gold in our country. So we own around 20% of the entire gold in the world.

This means at today’s price, we have Rs.90 lakh crore worth of gold. India can be amazingly rich and poor at the same time.

Since gold is so malleable, just one gram of gold can be beaten into a sheet of one square metre.

The entire gold available in the world today can easily fit within a cube measuring 67 feet. Just one good shipping container would do. Golden Voyage!

75% of the gold available today has been extracted only after 1910.

During great depression, in 1933, U.S. government banned private holding of gold. People were ordered to handover the gold they have and were provided instead with dollars of equivalent value. Once the process was over, the government devalued the currency by over 40% eroding people’s wealth overnight. This coupled with high inflation was an extremely tough time for its citizens.

This ban was subsequently lifted only in 1975 and Americans were again allowed to own gold.

Since China has lot of dollar or dollar denominated assets; they understand the above risk better than anybody else. Chinese people were not allowed to own gold for more than 40 years and possessing gold was a severely punishable offence. Sometime during last decade this ban was removed and China has been encouraging its citizens to buy gold and silver.

Talking about silver, Buffett who rarely touches commodity, purchased 37% of the entire silver available in the world (yes, you read it right) in late nineties and sold it some time in the middle of the last decade. I think that considering the growing industrial demand and limited supply then, he saw value in purchasing the same and selling it at a very good profit. Silver was selling at abysmally low prices during the time of his purchase.

Every year, the new gold produced / recycled is consumed 50% as jewellery, 40% for investments (including ETFs) and 10% for industry. I was under the impression gold has no industrial use whatsoever till one of our client told me that electronics industry uses gold.

Though South Africa has been one of the world’s largest producers of gold, its citizens were not allowed to own gold till 2009.

For sports fan, do you know that Olympic gold medal is not made of gold! A ‘gold’ medal contains only 6 grams of gold. Only till 1912 Olympics, the gold medals were actually made of gold.

In 1991, our country’s situation was so bad that 65 tonnes of gold was taken out of the country  and mortgaged to tide over external payment crisis.

If you are worried that gold’s supply would get exhausted soon, fear not!

About 10 billion tonnes – 10,000 million tonnes (yes, you read it right) of gold is estimated to be held in the oceans of the world. An economically viable model of extraction is being explored.

Necessity is the mother of invention. If gold prices continue to rise and if the demand would only increase, who knows, a technological innovation can happen in extracting gold from ocean.

May be we can all then plan for building with our own golden bathrooms and specially bath tub so that we can have a golden bath....

Posted by Raj Talati - ABM Investment at 10:26 AM No comments:

Invited as "Guest of honor and Speaker" at "Parul University - Management faculty" during inauguration of their 2 days annual event "Arize".
Took a session on
"Importance of financial planning for today's youth" 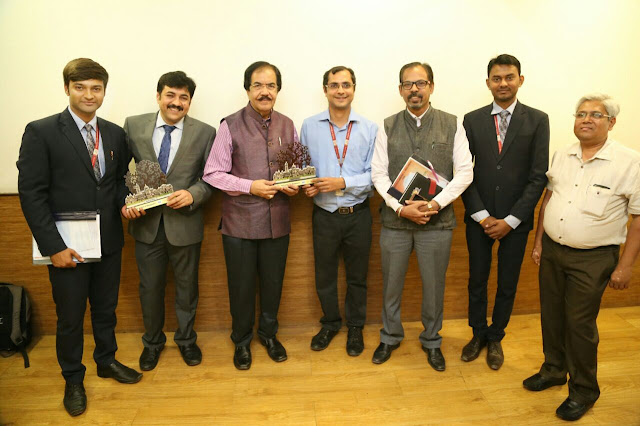 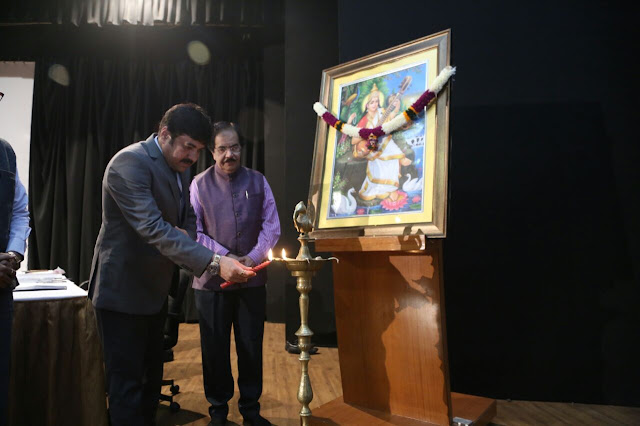 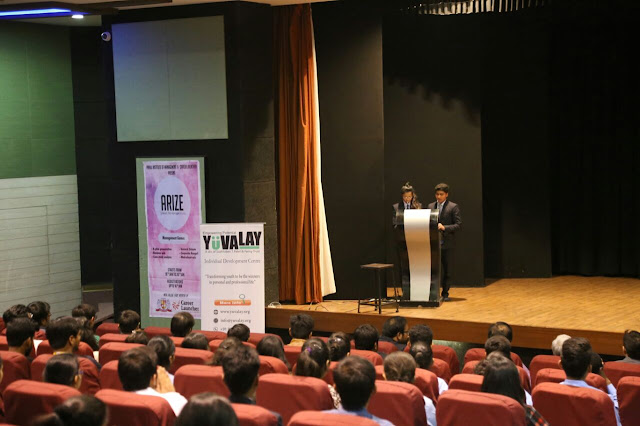 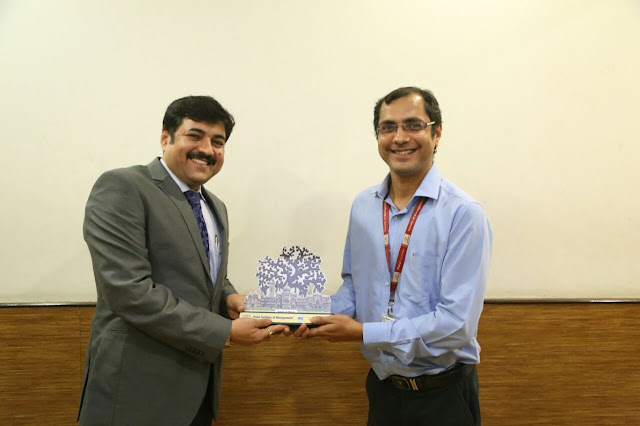 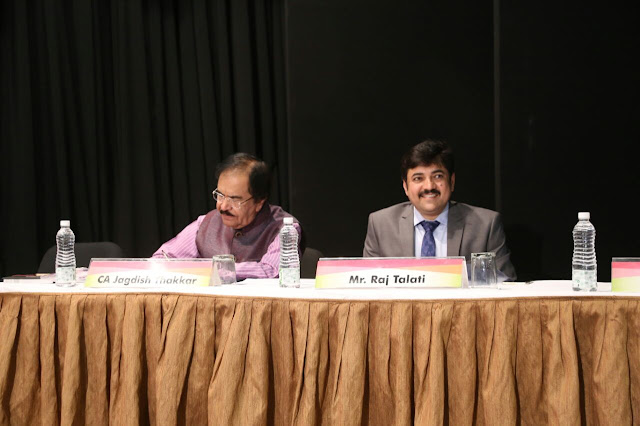 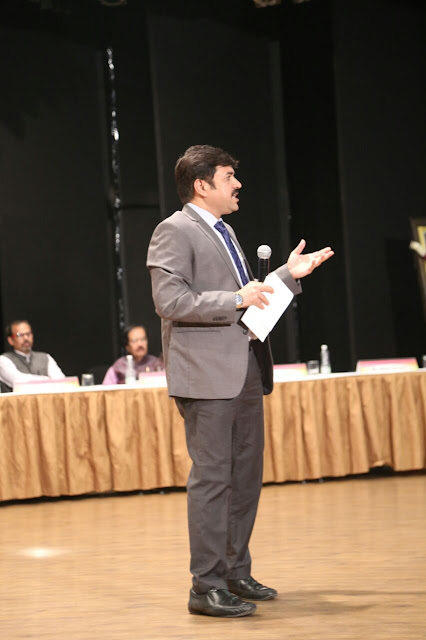 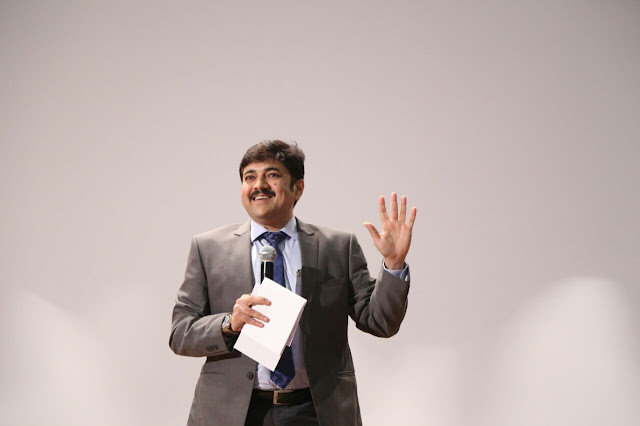 Posted by Raj Talati - ABM Investment at 9:58 PM No comments: