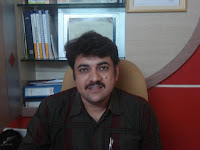 MARKET SINKING - How do you feel

I might sound like a fool, if ask this question to an equity investor. No, but I really mean it, if  you are an investor, not the trader and recent market fall panic you, then you need to seriously relook at your portfolio or time has come to change your financial planner.

Proper financial planning will help you to avoid such tensions and enjoy life.Let's see how it insulates you from market fall.

Normally there are 2 stages in any investments, first is Accumulation and the other is Withdrawal.
Accumulation Stage : This stage means that you are accumulating certain predetermined funds for some  particular goals or dreams which might be 8,10 or 25 years away. As the goals are too far you have taken an exposure in equity market to earn inflation adjusted returns.
During accumulation stage you are not putting all your funds on day one but contributing amount at regular intervals.

So if I had invested X amount at a higher market level then the fall in market is giving me opportunity to buy the same at discount. Hence, market fall is a good news for me rather then to be tensed.


Withdrawal Stage : Financial Planning suggests not to have any investments in Equity market when you are closer to your goals. So, if market falls during this period it shouldn't bother you as your exposure to Equity market must be nil.

Historically, it has been proved that Indian equity market has given average 15% annualised return over a longer period of time and in short period it has given return ranging from -13% to +101% (considering Financial Year wise) and for certain other period might be in the range of -50% to +100%.

This includes periods of :

I Quote Warren Buffett " Time in the Market is more important than timing the market".

Unquote, Inspite, of having all the bad phases which we can expect in an economy we have grown consistently.


Instead of getting worried about the market movement we should stick to the basics of Financial Planning to have the optimal benefit.
Posted by Raj Talati - ABM Investment at 12:46 PM No comments:

I am not Anna - I should not be 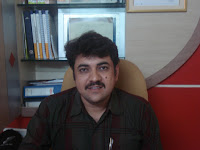 I AM NOT ANNA - and you should not be.
Anna really did what none of our leaders could do since decades. I strongly support his protest against corruption and condemn the action taken by government by not allowing him to protest , which is the constitutional right of every citizen in democracy.
I AM ALSO ANNA - Rather why me every citizen in the world would be Anna for fight against corruption. But should not be Anna for EVERYTHING he is asking for.
To support any decision/policy/Draft the basic requirement is to read it thoroughly and understand its impact. I doubt how many of Anna's supporters has really gone through the draft.
The time has come to be matured enough, that instead of blindly supporting a person, we should support his views or policies. For that we need to keep our mind open and try to see the big picture instead of what they show us.
We as an human being has an habit of following anyone blindly, whether it is some gurus, sportstar, Bollywood star or politician and if anything goes wrong start cursing them.
As they say "Error is to Human".
I request all of you to first go through the draft of proposed Jan Lokpal bill and understand the repercussions of each and every clause before supporting it.
As an citizen of India I feel if the Jan Lokpal bill is accepted in the format as proposed by Anna then it would be a much bigger threat to sovereignty of our nation then existing menace like corruption.It would put our growth on hold. Country will come to a stalemate. If you can win confidence of 10 members under lokpal you can easily rule India.
I produce below Structure of Jan lokpal bill :(You can access full draft on www.indiaagainstcorruption.org)
_____________________________________________________________

Jan Lokpal Bill proposes that at the level of Central Government, an institution called Jan Lokpal should be set up. Likewise, in each state, Jan Lokayukta should be set up. Jan Lokpal will accept corruption complaints against Central government departments and Jan Lokayukta will accept complaints against departments of respective state government.
Each of these bodies will have 10 members and one Chairperson.

a. Independence of Jan Lokpal and Jan Lokayukta

Jan Lokpal and Jan Lokayukta would be completely independent of the governments. Their independence would be ensured through following measures:

They will be independent agencies like Central Election Commission, Comptroller and Auditor general of India and Supreme Court. Therefore, no politician or a bureaucrat will be able to interfere with its functioning.

Their expenses will be charged to the Consolidated Fund of India/State. They will be provided whatever expenses they require.

They will have powers to assess their manpower requirements and employ them either from existing government servants (who can come on deputation basis) or directly from the market.

Request you to bring awareness and share it with everyone you know.
Posted by Raj Talati - ABM Investment at 10:31 AM No comments: